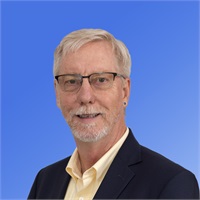 Chris is a socially conscious financial advisor who, wishing to share his skills, compassion and experience, 20 years ago decided on a career change. He affiliated with a regional financial services firm and has developed a passion for helping families build financial security and pursue their financial goals.

He returned to the U.S. and married his college sweetheart, Kathryn. They both taught at a school for Native Americans in New Mexico. Chris and Kathryn then served with the Mennonite Central Committee teaching in Sichuan, China from 1985 to 1987. After returning to the U.S. and settling in Tucson, AZ, Chris became the Finance Manager of the Tucson Community Food Bank.

He earned his MBA from the Eller School of Management, University of Arizona, in 1994.

The Wildes, and their two daughters relocated to the Eastern Shore in 2001 to be nearer Chris’s dad. Chris holds the Series 7, 63, 65, and 24 Security Registrations.

Continuing his commitment to community service and good citizenship, Chris is a member of the Business and Accounting Advisory Board at Wor-Wic Community College and the Eastern Region Destination Imagination Advisory Committee. He also volunteers his time with the James M. Bennett High School PTSA and the Rock and Roll Revival Show. He is a past Commodore of the Eastern Shore Sailing Association and sails competitively.

Chris and Kathryn enjoy backpacking, hiking, and camping with their daughters and black lab mix, Othello, and live in Tyaskin in Wicomico County.